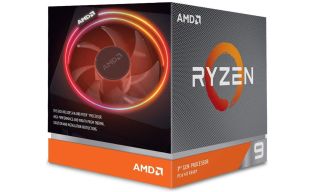 It's only been a few months since the AMD Ryzen 9 3900X launched with an MSRP of $499, but despite the chip's popularity, the price has already come down by $80, one of the best tech deals on a CPU right now. It's selling for $420 at Amazon, Walmart and B&H. This is after the chip was almost unobtainable around launch.

In our AMD Ryzen 9 3900X review, we praised the performance offered in heavily threaded applications. With 12 CPU cores running at a base clock of 3.8 GHz and a max boost clock of up to 4.6 GHz, the 3900X packs a significant punch that'll come in handy during  video editing or other highly threaded workloads. In addition, an improved architecture over its predecessor proved beneficial for gaming.