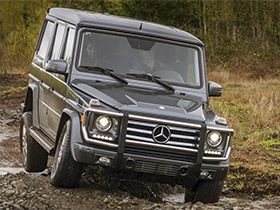 Tom's Hardware At The NWAPA Mudfest

Every year, the Northwest Automotive Press Association (NWAPA) hosts Mudfest, a gathering of regional journalists and manufacturer reps to evaluate more than 20 off-road-capable vehicles on pavement and dirt courses. For 2013, the event was held at DirtFish Rally School in Snoqualmie, Washington. The 310-acre playground with three specially-designed courses simulated extreme driving conditions the entrants might be expected to encounter out in the wild.

I was inducted into the NWAPA shortly before the event, garnering a spot amongst 30 other automotive journalists present for the two-day event. There were 23 vehicles present for Mudfest, broken down into five different classes: compact, luxury compact, family, luxury, and off-road.

Testing was spread across two days. The first day included on-pavement testing. DirtFish put together an autocross course on their skid pad and kept it wet on a rare beautiful sunny day in Washington, allowing everyone to test performance with common weather conditions in the Pacific Northwest. Drivers were required to leave the DirtFish grounds and test their vehicles on the street to get a feel for them on the road.

The second day was filled with off-road testing on a dirt course put together by DirtFish. It included plenty of mud, ruts, and gravel. There were actually two off-road courses. One simulated the worst of dirt service roads, trails, or a leisurely camping trip. The harder course required real piloting skill to take advantage of locking differentials, great axle articulation capabilities, and approach angles. Only three vehicles qualified for the more difficult setup.

All of the journalists were required to drive every vehicle in both scenarios. As there were only 23 vehicles and 31 journalists, it was a game of musical cars. Each member of the press spent about 20 minutes in each car per day.

Because our time was limited, the automotive testing we'd normally do for Tom's Hardware had to be brief. We did, however, bring along a fourth-gen iPad to test compatibility with the Lightning connector and an HTC Droid DNA for Bluetooth pairing and Bluetooth MAP compatibility testing.

The vehicles entered are listed below and organized by class.