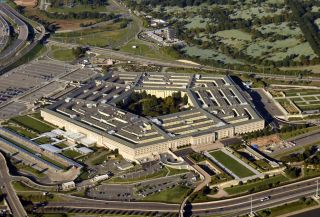 We aren't going to recap the entire back-and-forth between the U.S. government and Huawei. Suffice it to say that Huawei and its American suppliers have been caught in a regulatory limbo since May 2019. The Commerce Department wanted to make things a bit clearer by imposing new restrictions on sales to Huawei.

The Commerce Department reportedly withdrew those new regulations after The Pentagon and the Treasury Department objected. Per The Wall Street Journal:

"The Pentagon is concerned that if U.S. firms can’t continue to ship to Huawei, they will lose a key source of revenue—depriving them of money for research and development needed to maintain a technological edge, the people said. The chip industry has pressed that argument in talks with government officials."

We already knew American companies fear losing Huawei's business; they pressed U.S. regulators on the issue throughout 2019. The Pentagon's support could help lend some credence to those complaints, though, even if it makes it seem like selling to Huawei and not selling to Huawei both threaten national security. (Allegedly.)

The U.S. Department of the Treasury's objection didn't have the same motivation as The Pentagon's, according to The Wall Street Journal, which said that "The Treasury Department wanted to make sure that Secretary Steven Mnuchin had a chance to weigh in" on the proposed restrictions. It's not clear where he lands on them.

How long will The Pentagon side with Huawei? And will the Treasury Department withdraw its objection to the Commerce Department's proposed restrictions after Mnuchin's able to express his opinion? We expect the answer to both questions, as with everything involving the U.S. and Huawei, will flip-flop in the coming weeks.