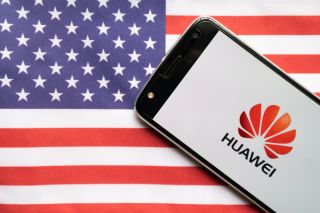 The U.S. Department of Commerce is reportedly considering an expansion to the De Minimis Rule, which allows the U.S. to restrict the export of a product if at least 25% of its components were made in America, that would specifically target Huawei. While that wouldn't be the best outcome for Huawei, it could actually benefit AMD.

Reuters said on January 14 that the expanded rule would allow regulators to restrict the export of goods to Huawei if at least 10% of the product was made in the U.S. Exports to other companies would remain at the 25% threshold, the report said.

The U.S. has specifically targeted Huawei before. It barred the company's equipment from federal networks in 2018, for example, and in 2019 it added Huawei to the Entity List to disrupt the company's access to American-supplied technologies.

There are other examples--such as the Federal Communications Commission prohibiting network providers from using federal funds to buy Huawei equipment--as well. Suffice it to say that it's clear the U.S. wants to disrupt Huawei's business.

Huawei has challenged these moves by the U.S. multiple times over the last few years. It also managed to bring in record-breaking revenues in 2019 despite contending with the U.S. government's actions. Yet the U.S. hasn't backed down.

There could be an unexpected consequence of the proposed change to the De Minimis Rule: it could limit Huawei's access to chips made using the 7nm process; that could in turn force the company to adopt the 5nm process sooner than later.

Huawei wouldn't be the only company to adopt 5nm chips in the near future--Apple's said to be using the process for its A14 processor--but it would be the largest. DigiTimes reported in October 2019 that Huawei's chipmaking subsidiary, HiSense, became the largest customer of TSMC's advanced process node.

That means the largest customer of TSMC's 7nm chips could be forced to switch or transition to 5nm chips real soon. While that might not be the best news for Huawei, it could be good news for AMD, which has used the 7nm chips to better compete with Intel, but struggled with shortages. With less competition for 7nm nodes, it's conceivable that these developments could benefit AMD.

Reuters said the Department of Commerce's proposal was sent to the Office of Business and Management last week. If other agencies approve it, the rule could go into effect "in a matter of weeks," without even waiting for public comment.