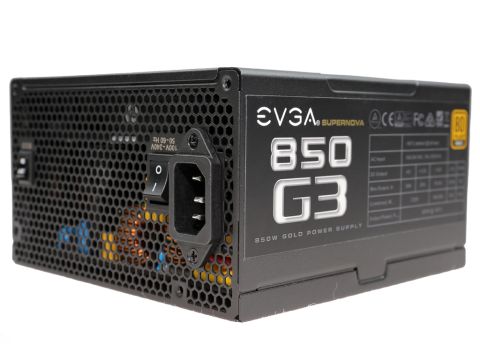 Using results from the previous page, we plotted a chart showing the 850 G3's efficiency at low loads, and loads from 10 to 110 percent of its maximum-rated capacity.

This is one of the most efficient PSUs in the Gold-rated 850W category. Super Flower built a top-notch successor to the original Leadex Gold platform.

In the following tests, we measure the 850 G3's efficiency at loads significantly lower than 10 percent of its maximum capacity (the lowest load the 80 PLUS standard measures). The loads we dialed were 20, 40, 60, and 80W. This is important for representing when a PC is idle, with power-saving features turned on.

Under light loads, the 850 G3 achieves good efficiency. However, its passive mode is really brief, after which the fan spins at high speeds. During the second test, the fan spins more quickly than in the other two tests to quickly exhaust heat from the PSU's internals.

The 5VSB regulation circuit needs a redesign to enable higher efficiency. It is a shame to see the 850 G3's 5VSB rail demonstrate mediocre performance when the PSU fares so well in the other disciplines we've looked at so far.

Standby power consumption is high with both voltage inputs.

Using230V input and registering close to 0.25W vampire power, the PSU was unable to achieve higher than 45% efficiency at 5VSB with 0.225W load,  which is required by the ATX spec.

The first chart below illustrates the cooling fan's speed (in RPM), and the delta between input and output temperature. The results were obtained at 36°C (96.8°F) to 47°C (116.6°F) ambient temperature.

The next chart shows the cooling fan's speed (again, in RPM) and output noise. We measured acoustics from one meter away, inside a small, custom-made anechoic chamber with internals completely covered in sound-proofing material (be quiet! Noise Absorber kit). Background noise inside the chamber was below 18 dB(A) during testing, and the results were obtained with the PSU operating at 36°C (96.8°F) to 47°C (116.6°F) ambient temperature.

As we've mentioned, EVGA's passive mode doesn't last for long. The fan profile is aggressive in general, and given the PSU's high efficiency, it could definitely be much more relaxed. Obviously EVGA wanted to stay on the safe side given its 10-year warranty.

Prev Page Load Regulation, Hold-Up Time, And Inrush Current Next Page Protection Features, Evaluated
16 Comments Comment from the forums
Be In the Know