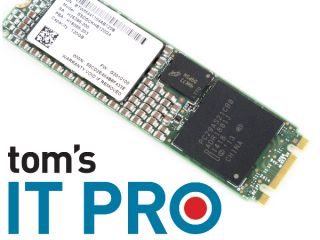 Density is king in the datacenter. Compute, performance and storage density are three of the top items on any datacenter architects' wish list.

It all starts with storage density, which simply means packing as much data into as small of a device as possible. Performance density, when we are speaking in terms of storage, means that a small device still has to be fast — and the faster, the better. For most applications it is unacceptable to gain storage density at the cost of performance.

Storage performance is of critical importance because data is the fuel that powers compute density. The overriding goal is to process as much data, as fast as possible. Without speedy storage, the CPU tends to set idle (or near idle). Software licensing costs can easily top $25,000 per Core, and $50,000 per core isn't uncommon. So for performance workloads, its all about keeping the CPU's hot.

We already know that flash is the obvious choice for performance workloads, but we also know that the 2.5" and PCIe AIC (Add-In Card) SSD form factors don't utilize space as efficiently as possible when it comes to flash.

M.2 is already hot in the mobile client segment, and the latest generations of consumer desktop motherboards spawned a veritable explosion of M.2 slots. The enterprise side of the market stood up and took notice with intense interest, and Microsoft recently unveiled an OCP (Open Compute Project) motherboard design with eight M.2 slots that it uses extensively in its datacenters.

The problem has been a lack of M.2 SSDs that meet the strict data protection requirements for datacenter applications, and power-loss protection is first and foremost on that list.

It isn't entirely surprising for Intel, the market leader in datacenter SSDs, to be the first fab-enabled manufacturer to come forward with an enterprise-class M.2 SSD. Come along for a closer look at the diminutive speedster in our Intel M.2 DC S3510 Review.