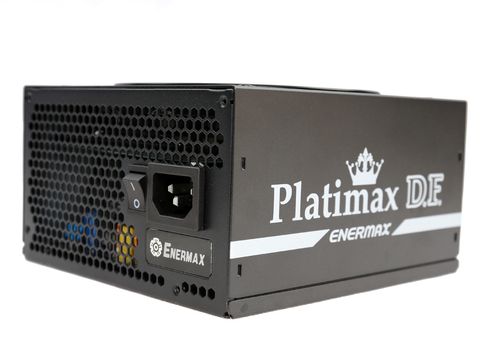 Using results from the previous page, we plotted a chart showing the EPF500AWT's efficiency at low loads, and loads from 10 to 110 percent of its maximum-rated capacity.

This is a highly efficient PSU that had no trouble beating our comparison units, since the models we can include earned lower efficiency certifications. The only PSU that comes close is Bitfenix's BWG550M, which is based on a very good CWT platform.

In the following tests, we measure the EPF500AWT's efficiency at loads significantly lower than 10 percent of its maximum capacity (the lowest load the 80 PLUS standard measures). The loads we dialed were 20, 40, 60, and 80W. This is important for representing when a PC is idle, with power-saving features turned on.

The fan's noise is minimal in these tests, while efficiency is very high. In three out of the four metrics, efficiency registers way above 80%, and during the last one it's almost 90%.

Standby power consumption is very low, and the PSU has no trouble satisfying the ErP Lot 6 2013 requirements.

The chart below illustrates the cooling fan's speed (in RPM), and the delta between input and output temperature. The results were obtained at 36°C (96.8°F) to 45°C (113°F) ambient temperature.

The next chart shows the cooling fan's speed (again, in RPM) and output noise. We measured acoustics from one meter away inside a small, custom-made anechoic chamber with internals completely covered in sound-proofing material (be quiet! Noise Absorber kit). Background noise inside the chamber was below 18 dB(A) during testing, and the results were obtained with the PSU operating at 36°C (96.8°F) to 45°C (113°F) ambient temperature.

The PSU is very quiet, although it doesn't feature a semi-passive mode. With a low-speed fan and a relaxed fan profile, there is no need for semi-passive operation.

Prev Page Load Regulation, Hold-Up Time, And Inrush Current Next Page Protection Features, Evaluated
10 Comments Comment from the forums
Be In the Know