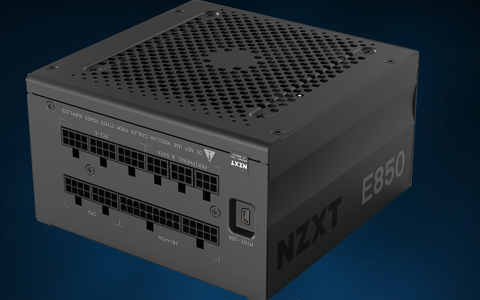 NZXT's hold-up time is 2ms longer than what the ATX specification requires, while the power-good signal is accurate (but lower than 16ms).

Measured inrush current is on the high side, especially with 230V.

The first set of tests reveals the stability of the voltage rails and the E850’s efficiency. The applied load equals (approximately) 10 to 110 percent of the PSU's maximum load in increments of 10 percentage points.

Load regulation is super tight, though it's merely decent at 5VSB. We're most disappointed in NZXT's aggressive fan profile, which results in lots of noise even though we chose Silent mode in the CAM software. If you want the E850 to be quiet under high temperatures, consider creating a custom fan profile instead.

The E850's efficiency is high, easily satisfying the 80 PLUS Gold specification's requirements with 20% and 50% load. Although it falls short under full load, we do test at much higher temperatures than the 80 PLUS organization, so efficiency naturally takes a hit.

The bracketed DC wattage readings are the ones we observed in NZXT's software.

We took a number of screenshots from the CAM software and compiled them into an album.

The DC power readings are not accurate. Neither is the voltage information.

Prev Page Teardown & Component Analysis Next Page Efficiency, Temperature & Noise
No comments yet Comment from the forums
Be In the Know