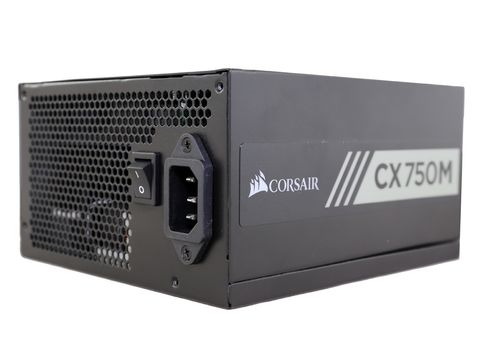 The following graph shows the CX750M's total performance rating, comparing it to other units we have tested. To be more specific, the tested unit is shown as 100 percent, and every other unit's performance is shown relative to it.

The CX750M fares well given the tough competition we included in our graph. Unfortunately, we don't have any other 750W Bronze-rated units in our 115V database to compare.

The following chart may be the most interesting to many of you because it depicts the CX750M's performance-per-dollar score. We looked up the current price of each PSU on popular online shops and used those prices and all relative performance numbers to calculate the index. If the specific unit wasn't available in the United States, we searched for it in popular European Union shops, converting the listed price to USD (without VAT). Note that all of the numbers in the following graph are normalized by the rated power of each PSU.

Thanks to an affordable price and decent performance, the CX750M's value score is pretty high (even if it didn't demonstrate the high performance we were expecting).

Corsair's CX750M is noisier than its smaller sibling. Then again, you probably shouldn't expect silent operation from a Bronze-rated PSU with higher thermal loads, especially under tough conditions.

The following graph shows the average efficiency of the CX750M throughout its operating range, with an ambient temperature between 28°C and 30°C.

The overall efficiency difference with the CX650M is notable, as you can see from our efficiency graph.

Prev Page Ripple Measurements Next Page Pros, Cons, And Final Verdict
26 Comments Comment from the forums
Be In the Know