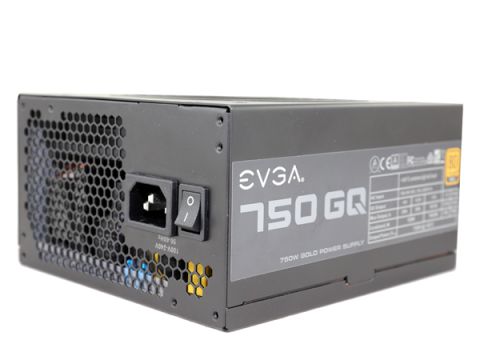 EVGA continues cooperating with FSP, one of the largest PSU manufacturers today. In this case, the outcome is a power supply family focused on achieving high performance per dollar ratios, and not pure performance alone. Surely the 750 G2 offers significantly higher absolute performance, thanks to its amazing ripple suppression and good response in our transient loads. But the 750 GQ's lower price makes it more appealing to builders on a budget.

The PSU's ACRF topology proves to be highly efficient, at least under normal operating conditions, and the +12V rail's load regulation is adequate. If FSP could suppress ripple more efficiently, especially on the 3.3V rail, and offer better response to transient loads, then the 750 GQ would match the performance of pricier competitors in this category, including the 750 G2.

At this time, that's not the case. So if you're after the best possible performance, stick with EVGA's offerings based on Super Flower's platforms. In addition, the noise output of this unit isn't as low as EVGA describes, at least under moderate and higher loads. If you can't stand noisy PSUs and your system would really tax a 750W unit, look elsewhere. Although the FDB fan inside the 750 GQ is of very high quality, it spins at up to 2200 RPM and consequently gets really noisy.

In general, this is a decent-performing PSU addressing folks who don't want to spend much. This product's strengths include high efficiency, semi-passive operation and the FDB fan. Moreover, we strongly believe that with a few internal changes, EVGA could offer much better ripple suppression and fix the bad transient response that dooms this unit's overall performance.

We admit that we are very sensitive when it comes to ripple performance, and after seeing the amazing performance of Super Flower's Leadex platforms (utilized by the G2, P2 and T2 lines), we're much more picky in this area. The lower the ripple, the longer the lifetime of the PSU's components, including capacitors. The system's stability improves as well, especially under overclocked conditions. The two performance-oriented points that matter most are load regulation and ripple suppression, after all.

We should note that the 750 GQ's +12V rail performs well enough; under normal operating conditions it won't exceed 60mV of ripple. However, the minor rails have more ripple and the 3.3V rail specifically can go out of spec under higher ambient temperatures. If FSP manages to improve the ripple and transient performance of this platform, then the GQ units will pose a serious threat to its competition, including EVGA's G2 line.

Prev Page Performance, Performance Per Dollar, Noise And Efficiency Ratings
14 Comments Comment from the forums
Be In the Know