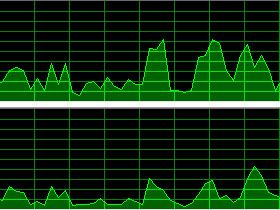 Can Bulldozer Be Fixed By Windows 8?

Prior to writing AMD FX-8350 Review: Does Piledriver Fix Bulldozer's Flaws?, I approached AMD to gauge the importance of testing its new FX processor under Windows 8. Naturally, if it'd change the chip's performance profile, I wanted to run those benchmarks. The company made it clear that Windows 8 and its scheduler should behave like a properly-patched installation of Windows 7. As a result, I didn't prioritize those numbers.

In light of Microsoft's recent note that Windows 8 would immediately receive a number of post-RTM updates that might affect performance, though, I'm going to try to run some new numbers on AMD's latest in the days to come. Until then, Thomas has a look at FX-8150 in a baseline install of Windows 7, a patched Windows 7, and the Windows 8 RTM.

I find the courtship between hardware and software vendors to be particularly interesting. On one hand, you have Microsoft Windows, which was originally written to support Intel's x86 architecture. On the other, you have Microsoft's DirectX API, which graphics vendors design hardware to support. Along the way, there are meetings, committees, and then conferences to discuss what needs to show up in the next generation of hardware, how that'll affect software, and what developers need to do to better exploit the former with the latter.

Before AMD's Bulldozer architecture was even made public, our editor-in-chief was in Austin, TX asking AMD's engineers how Microsoft's Windows 7 would react to this module concept, which clearly needed smart scheduling in order to utilize on-die resources in the most effective way possible. After all, it'd be fairly easy for a "dumb" scheduler to have two threads run on one module, tying up shared resources as other modules say idle. AMD didn't have a good answer at the time, replying only that it was working with Microsoft to address the software side of its hardware dilemma. And at launch, we still had no solution.

Not long after, though, Microsoft introduced a pair of patches that, first, properly recognized Bulldozer-based FX and Opteron CPUs, spreading one thread to each module before back-filling a second thread to already-utilized modules. The second patch selectively disabled Core Parking in Windows 7 and Server 2008 R2, keeping the modules from entering a C6 sleep state.

Once those patches were made public, we revisited the Bulldozer architecture in AMD's FX-8150 After Two Windows 7 Hotfixes And UEFI Updates with the hope that Microsoft's adjustments would let the hardware really sing. Unfortunately, they really didn't. But in the conclusion of that story, we reminded you that developers high up in Microsoft's ranks were saying Windows 8 would perform differently than Windows 7, even fully patched.

It was a bummer, then, when AMD told us not to expect much from Windows 8 when it introduced FX-8350. But of course we wanted to go back and run benchmarks to follow up on our Bulldozer-based coverage. Can Microsoft's latest help make up some of the performance we were expecting to see back when FX-8150 launched, or are any possible operating system-related benefits already baked in?

Current page: Can Bulldozer Be Fixed By Windows 8?