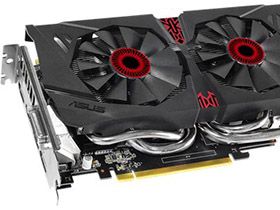 As you can see from the graph above, the DirectCU II cooler is a cut above the rest. At no point did the GPU even hit 60 degrees under full load. It doesn’t drop as low as EVGA’s card, but it remains 10 degrees C cooler when it counts.