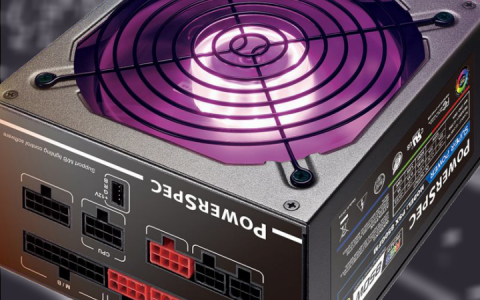 High Power is responsible for manufacturing the  PSX 850GFM. Its design is modern, featuring a half-bridge topology and an LLC resonant converter on the primary side. On the secondary side, a couple of DC-DC converters handle the minor rails, while the +12V rail is rectified by six FETs. The -12V rail uses a dedicated rectifier IC, so it won't cause any problems if it's accidentally overloaded. The secondary side's filtering capacitors boast high quality, which is typically a good indicator of a power supply's reliability over time.

The fan's RGB lighting control board features an EEPROM IC, meaning that the PSU remembers its lighting settings, even after you turn it off. There's also a dedicated RGB controller, though we couldn't identify it.

Again, we're not happy with the low-quality cooling fan; we'd expect it to cause problems before Micro Center's 10-year warranty expires. If costs needed to be trimmed, we would have rather gone without RBG lighting in favor of a higher-quality fan.