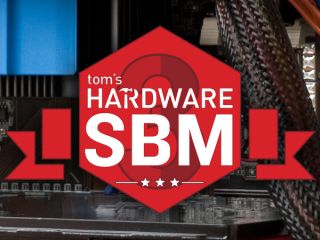 Building upon a new mandate for our lowest-priced machine, my high-end build from last quarter faced a surprisingly tight budget, along with some restrictions that may have appeared odd. Adding a $100 operating system to the $600 machine’s total cost meant limiting Paul to a mere $500 of hardware. Doubling those numbers for the mid-priced machine meant it could have up to $1000 in components and up to $200 in extras, including the operating system. And tripling those numbers meant my top-range configuration included as much as $1500 in critical parts and $300 in extras.

Those add-ons could only include items that wouldn't affect our test scores, such as the Windows license and non-benchmarked storage (an optical drive and/or non-OS storage drive). Don argued that cases should be among those parts, since we weren’t testing the extra lights and front-panel connectors that often push enclosure prices skyward. I made that concession, even though cases do affect cooling and therefore overclocking.

Unable to push unrealistic budgetary compromises into my own build, I stuck to spending $1500 for all hardware (that's three times the base machine) and $1600 for the complete PC, including its operating system. Even though my specs looked great in the Newegg shopping cart and successfully beat my prior effort when it came to giving you better value, I still found enough problems last quarter that I decided to take another run at it for today’s presentation.

The previous machine’s $90 case is gone, which helps increase the cooling budget. The award-winning Ostrog GT replaces it at two-thirds the cost, similar thermal performance, and perhaps a less office-friendly appearance.

Other changes include a cheaper motherboard in the award-winning MSI Z97 Gaming 5, which makes room for better CPU. If you’re clicking those links, you’re probably starting to see a theme. These parts were given value awards in our lowest-priced enthusiast product segments. Only those components that have the biggest impact on benchmarks get the high-end treatment this quarter.

Next Page CPU, Graphics And Memory
45 Comments Comment from the forums
Be In the Know