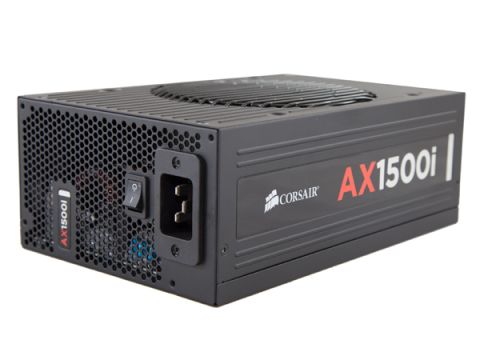 These tests are crucial because they simulate the transient loads a PSU is likely to handle (such as booting a RAID array, an instant 100 percent load of CPU/GPUs, etc.). We call these tests "Advanced Transient Response Tests," and they are designed to be very tough to master, especially for a PSU with a capacity of less than 500W.

The response in transient loads was very good on the +12V, 5V and 5VSB rails, however, we expected to see better results on the 3.3V rail. In general, we don't want to see readings below 3.2 V on this rail. During the second test, the transient load dropped for a very short period of time on this specific rail to 3.18 V.

Here are the oscilloscope screenshots we took during Advanced Transient Response Testing.

In the next set of tests, we measured the response of the PSU in simpler transient load scenarios during the PSU's power-on phase.

For the first measurement, we turned off the PSU, dialed in the maximum current the 5VSB could output and switched on the PSU. In the second test, we dialed the maximum load the +12V could handle and started the PSU while it was in standby mode. In the last test, while the PSU was completely switched off (we cut off the power or switched off the PSU via the on/off switch), we dialed the maximum load the +12V rail could handle before switching on the PSU from the loader and restoring the power. The ATX specification states that recorded spikes on all rails should not exceed 10 percent of their nominal values (+10 percent for 12V is 13.2V and 5.5V for 5V).

Our tests show very good overall performance, although the PSU instantly delivered 1.5 kW of power during the last two tests from either standby or "off" states. In addition, the 5VSB slope was just perfect.