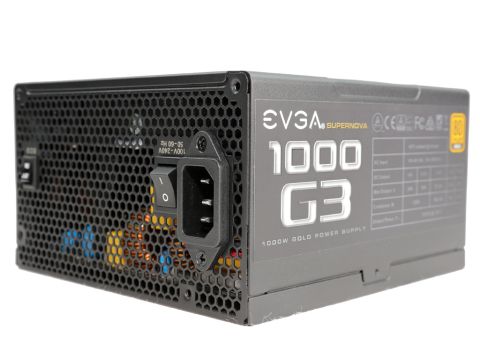 The following graph shows the 1000 G3's total performance rating, comparing it to other units we have tested. To be more specific, EVGA's new SuperNOVA is shown as 100 percent, and every other model is shown relative to it.

EVGA's G3 units take the lead in our comparison of Gold-rated PSUs, at least until Seasonic can put the finishing touches on its competing Prime units.

The following chart may be the most interesting to many of you because it depicts performance per dollar. We looked up the current price of each PSU on popular online shops and used those prices and all relative performance numbers to calculate the index. If the specific unit wasn't available in the United States, we searched for it in popular European Union shops, converting the listed price to USD (without VAT). Note that all of the numbers in the following graph are normalized by the rated power of each PSU.

With a price of $140, the 1000 and 850 G3 models bring terrors to the competition. It's as simple as that. Their prices are currently very good considering the features and performance we just saw. We don't know how long EVGA plans to maintain these levels, though. Before the recent price drop, you'd spend $170 on a 1000 G3. Even that's fair given what this PSU can do.

The Achilles' heel of EVGA's high-capacity G3s (since we haven't reviewed the lower-capacity ones yet) is too much noise. Their HDB fans spin at high speeds because of an aggressive fan profile.

With such a long warranty period, EVGA and Super Flower wanted to play it safe rather than deal with numerous RMAs years from now.

Prev Page Ripple Measurements Next Page Pros, Cons, And Final Verdict
13 Comments Comment from the forums
Be In the Know