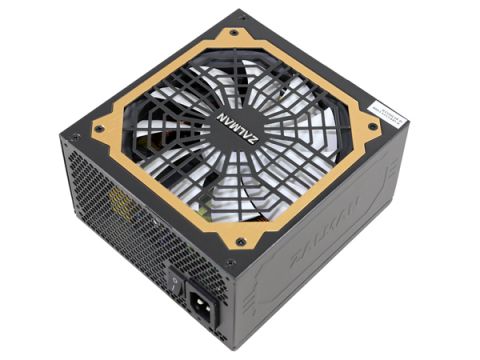 These tests are crucial because they simulate the transient loads a PSU is likely to handle (such as booting a RAID array or an instant 100 percent CPU/GPU load). We call these tests "Advanced Transient Response Tests," and they are designed to be tough to master.

The +12V rail performs well enough, and the same applies to the 5V and 5VSB rails as well. At 3.3V the deviations are significant, though during the first test we observed this rail keeping its voltage above 3.2V. Only during the second test did it drop lower, costing the PSU performance points in our final rating.

During the first two tests, the slopes were very smooth. Only during the last test did we notice a small drop before the rails settled down to their nominal voltage. This is nothing to worry about, and in general Zalman performed quite well here.