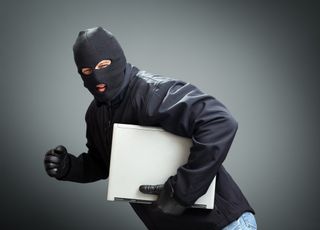 Most security measures are meant to defend against remote attacks. People are told to use strong passwords, limit the information they share about themselves online and refrain from opening files received in suspicious emails. BusKill, a USB "kill cable" developed by Michael Altfield, is more about physically securing a device.

Altfield provided the instructions for setting up BusKill with a Linux notebook on his blog. (Shout-out to ZDNet.) Here's how Altfield described BusKill's purpose:

"We do what we can to increase our OpSec when using our laptop in public–such as using a good VPN provider, 2FA, and password database auto-fill to prevent network or shoulder-based eavesdropping. But even then, there’s always a risk that someone could just steal your laptop after you’ve authenticated! As of yesterday, that’s a hard attack to defend against. [...] As of today, we have BusKill. The BusKill solution described in this article can trigger your laptop to self-destruct if it’s physically separated from you. Because the data cable runs all-the-way from your body to the laptop, cutting the cable will still result in BusKill triggering."

The concept is simple: a modified USB cable with a breakaway connection is plugged into a laptop while its other end is attached to a USB drive connected to a carabiner. Severing the connection, either by lifting the laptop or cutting the cord, activates a prepared script that can automatically secure the laptop that's being taken.

Altfield's example scripts for BusKill offer two possible actions. The first merely locks the display behind the screensaver, at which point the person who stole the laptop would have to contend with its built-in security mechanisms. The second "kills" the device entirely, making it impossible to glean its contents, at least in theory.

More information about setting up BusKill yourself--along with recommendations for the appropriate USB drive, cables, etc.--can be found in Altfield's blog post. While the device probably won't be for everyone, it's a good reminder that many security measures can't stop someone from just walking away with an unlocked laptop.