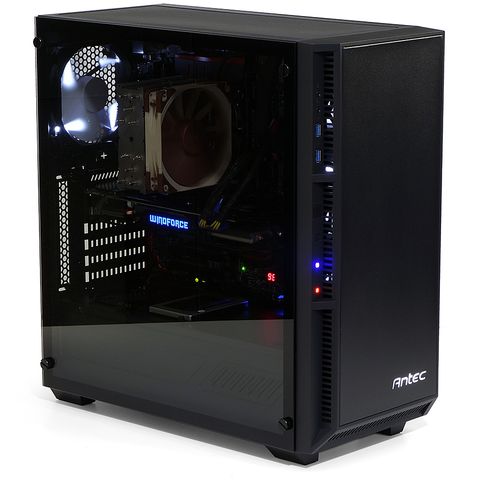 The P8’s has so many face panel vents and fans that we had to double, triple, and even quadruple-check to make sure everything was running at the proper speed when measuring thermal performance. Yes, these are delta temperatures, and yes this did require dropping the room temperature to unreasonably-low levels. The Nova TG has finally met its match.

The P8 also roughly matches the Nova TG in loaded noise level, although the P8’s idle noise is a little lower. That just means its fans are quieter.

The slightly lower idle noise level gives the P8 a slight lead over the Nova TG in cooling-to-noise ratio, but the S340 Elite’s cooling efficiency was far superior due to its lower temperatures.

The $60 Bitfenix Nova TG beats the $70 Antec P8 in performance-per-dollar, though features such as its missing front dust filter, lack of top panel fan support, and lack of triple-fan radiator support could be more important than the $10 difference. Anyone who would like to point to a $50 special-price on the Nova TG could just as easily point to one of the few sellers carrying the P8 for only $60, which makes the $10 price difference consistent.

Of course the Nova TG didn’t win any wards because it was simply insufficient for this hardware, so I sent it to our new contributor Steven Lynch. His puny little Core i7-7500 (non-K) overclocked via “locking in” its highest 38x Intel Turbo Boost ratio lives happily at 1.20V core within the Nova TG’s poorly vented confines. Thus, while the P8 doesn’t qualify for an award from this test, those who think it should have been tested more gently should feel free to make their own inference.