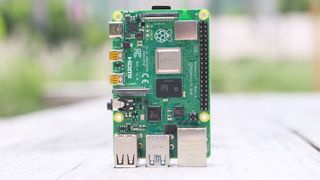 With more than 31 million units sold, the Raspberry Pi is not only one of the world’s most popular computers; it’s also one of the most important. Originally designed to help kids learn about technology, this inexpensive single-board system is the leading choice for makers, developers and hobbyists who want to do everything from building industrial robots to setting up retro arcade machines.

Whether you’re eight or 80, if you love technology, the Raspberry Pi is made for you. And with models ranging in price from $5 to $55, anyone can afford to buy one. Here’s what you need to know to make the most of Raspberry Pi.

Choosing a Model and Getting Started with Raspberry Pi

If you don’t own a Pi, you should definitely get one. We have a detailed guide to help you decide which Raspberry Pi to buy, but if you just want the quick answer: get the Raspberry Pi 4 B, ideally with 4GB of RAM ($55), though you can settle for the 2GB ($35) config if you want to save money. You can also splurge for the new Raspberry Pi 4 (8GB) if you want to future-proof your investment, though few apps take advantage of all that memory. You probably won’t find one at your local big box retailers, but there are lots of places to buy a Raspberry Pi. You’ll also need:

If you choose to do a Raspberry Pi headless install, which lets you control the Pi from another computer, those are the only things you’ll need.

However, if want to use the Pi as standalone, you will obviously need:

We’ve got a detailed article that explains how to set up your Raspberry PI for the first time. The whole process should take no more than 10 minutes. If you want to save money and desk space, we recommend trying a headless install of the Pi and logging into your Pi from your primary PC.

What You Do with a Raspberry Pi

The idea of sub-$50 computer sounds cool at first, but what exactly do you do with one? For most adults, even the highest-end Raspberry Pi, the Raspberry Pi 4, isn’t powerful enough to serve as a primary PC. However, its small size, low-power usage and ability to connect to all kinds of electronic components via its 40-pin GPIO port make it ideal for tasks that a PC couldn’t perform.

Every month, we document the best new Raspberry Pi projects. The list of best Raspberry Pi projects for May 2020 includes an AI personal trainer, a drink mixer, a PC performance monitor and a garage door opener.  Here are a few notable use cases that most people can try at home or work.

There have been over  different Raspberry Pi models released since the original, the Model B, launched in spring 2012. The company continues actively manufacturing all of them but the original Model A and B, because there are some companies that still use these legacy boards in their own products. However, there are really only a few models that the average shopper should consider getting right now.

Further down the page, we have a complete table of all the Raspberry Pi models ever made.

Perhaps the best thing about the Raspberry Pi is the community of enthusiasts that stand behind it. If you’re looking for help, you can find support on Tom’s Hardware’s own Raspberry Pi forum, the Raspberry Pi’s official forums or on Reddit’s /r/raspberry_pi.

There are tons of great tutorials on the Internet that help you customize the Pi and use it for your specific needs. We have published a few helpful how-tos here at Tom’s Hardware:

Perhaps the most important feature of the Raspberry Pi is its set of 40 GPIO (General Purpose Input / Output) pins. The Raspberry Pi GPIO pins allow you to connect to all kinds of electronics, including LED lights, sensors, motors and controllers.

Each of the 40 pins serves a different purpose; some are grounds, others provide 3.3 or 5 volts of juice and still others can send data to different kinds of devices.
To learn what each pin does, see our article and chart on the Raspberry Pi GPIO pinout.

While you can run wires to the GPIO pins or create your own circuit board to put on top of them, there are dozens of premade HATs (Hardware Attached on Top) you can buy. Some of the more interesting Raspberry Pi HATs are:

The Raspberry Pi was built for people who like to tinker so all current models are unlocked for overclocking, which is really easy to do. We’ve got an article that shows you how to overclock the Raspberry Pi 4 B all the way up to 2.147 GHz, but you’ll definitely want to add a fan like the Pimoroni Fan Shim or the 52Pi Ice Tower Cooler.

This world-conquering computer has some humble origins. In 2008, Raspberry Pi Founder Eben Upton started working on the project in an attempt to simply increase the number of young people applying to Cambridge University’s computer science program. Upton only planned to make 1,000 units in total, but when the Pi launched in 2012, there was so much interest from adult makers that the Raspberry Pi Foundation, the non-profit which develops the computer, had to mass produce it.

In 2014, the Foundation released the Raspberry Pi 1 A+ and B+, which were the first to have the 40-pin GPIO set all models still have today (earlier models had a 26-pin set). In 2015, the Raspberry Pi 2 launched, moving to a faster processor and 1GB of RAM (earlier models had up to 512MB). Also in 2015, the Pi Zero, a tiny model that’s the size of a USB stick and costs $5, hit the market. That same year a pair of rugged Raspberry Pis were installed at the International Space Station as part of a program that lets kids submit code to be run on them.

2016 saw the launch of the Raspberry Pi 3 B, which offered a faster processor with a 1.2 GHz clock speed. In 2017, the Pi Zero W, which adds Wi-Fi and Bluetooth connectivity to the Zero, appeared. And in 2019, the Raspberry Pi 4 B launched, upgrading to a quad-core, Cortex A-72-powered CPU, providing dual micro HDMI outputs and, for the first time, 2GB and 4GB RAM capacities. In 2020, an 8GB Raspberry Pi 4 joined the lineup.

Today, after more than 31 million Raspberry Pis have been sold, half of the units are being used by businesses that need them to perform industrial tasks or use them as part of products. However, children and schools are still a core constituency. According to the Pi Foundation, 250,000 kids a week take part in Raspberry Pi competitions, clubs or other programs.

Here’s a list of all major Raspberry Pi models released since 2012. Note that the Compute Modules have no ports, because they are designed to plug into custom PCBs and are usually used by businesses that build them into products.