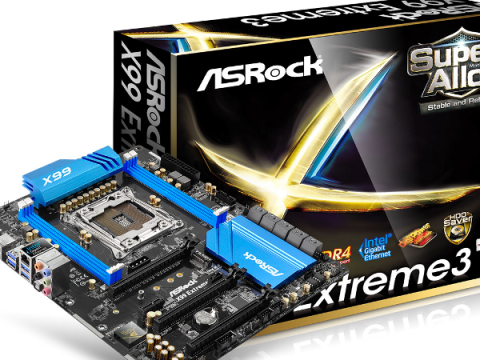 ASRock’s X99 Extreme3 needs less power at idle, and that’s probably because it has fewer on-board components compared to the next-higher price level to which it’s being compared. It consumes a few more watts than the X99 Extreme4 under full load though, and its hotter voltage regulator is the only feasible explanation for the difference.

Power and efficiency are rated against all 11 previously-tested X99 motherboards, where the stripped-down X99 Extreme3 comes out 4.6% more miserly than an average that includes its better-equipped rivals.