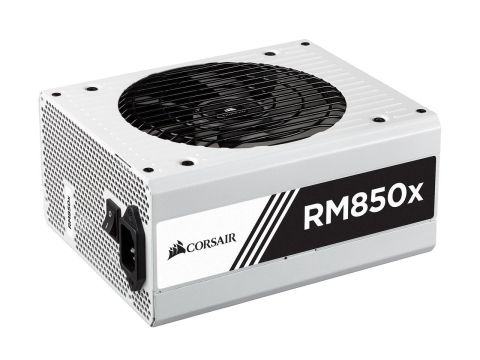 The hold-up time we measure is long at 30ms, and the delay between the power-good signal and hold-up time is pretty large, ensuring the system's safe shut-down.

With 115V input, the inrush current is quite low. It's a little higher than expected (but still fairly normal) with 230V input.

The first set of tests reveals the stability of the voltage rails and the RM850x's efficiency. The applied load equals (approximately) 10 to 110 percent of the PSU's maximum load in increments of 10 percentage points.

Load regulation is pretty tight on all rails; everything except the 5VSB rail stays within 1% (and even then, 5VSB achieves 1.31% deviation, a new load regulation record for the 850W PSU category).

Efficiency-wise, the RM850x easily meets 80 PLUS' requirements for Gold certification, even under our hot box's very high ambient test conditions. Fan noise stays low not only because of its limited maximum speed, but also thanks to a relaxed profile. We have to push the PSU beyond its limits to make the fan spin at full speed, where it barely hits 37 dB(A).