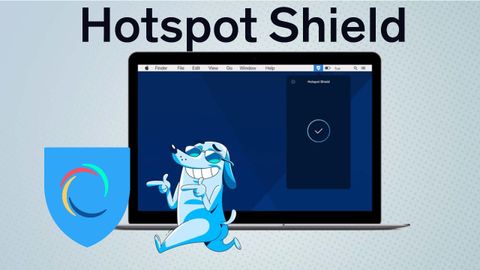 Hotspot Shield is great for reaching geo-restricted services and working with P2P and torrenting clients. But past privacy-related incidents and the provider’s location are concerning if your top priority is anonymity.

Hotspot Shield is the flagship product of AnchorFree, an Internet privacy and security company founded in 2005 in the U.S. AnchorFree started out as a free sponsored Wi-Fi hotspot provider before focusing on developing software for a wider audience. This includes Hotspot Shield, a VPN platform with user base of over 650 million in 200 countries.

Hotspot Shield is a good choice for accessing geo-restricted content and sharing large files via P2P and torrenting clients due to its superb performance. Moreover, the clients are simple, clean and easy to use, even for beginners. However, certain privacy-related incidents and the provider’s location make it less than ideal choice if your main concern is anonymity. Also, the lack of router support makes the entire service more limited than other platforms.

Hotspot Shield is available in both a free and premium version.

The free version can be installed right from the product’s website, but, as expected, it has some disadvantages that might make you want to sign up for a paid subscription. The free version is ad-sponsored, you can only connect one device at a time and it features a smaller number of servers than the paid one. Furthermore, it has a bandwidth cap of 500MB per day.

The premium version is ad-free, lets you connect up to 5 devices, features more server locations and has no daily bandwidth limitations. It has three pricing options. The 1-month option is $12.99. The more affordable 1-year plan is $5.99 a month, while the 3-year one costs $2.99 per month.

If you would rather test out all the features and perks that the premium version offers before paying, you can do so during a 7-day free trial. You do have to sign up for a subscription, but you can cancel it during the first 7 days without being charged.

If you’re less than satisfied with any part of Hotspot Shield’s service, you can ask for a refund, thanks to a generous 45-day money-back guarantee.

Hotspot Shield provides access to more than 2,500 servers in 25 countries, with virtual locations available in as many as 70 countries. That said, this number depends on the platform you’re using. The iOS app boasts the highest server count, which isn’t saying much if you’re a PC user.

The Hotspot Shield apps are very easy to use, but are only compatible with a limited number of platforms. You can only use it with Windows, Mac, iOS and Android devices. Unlike most other VPN services we’ve reviewed, Hotspot Shield doesn’t cover additional devices, like routers, e-readers, smart TVs, game consoles, Fire OS, Linux, Windows Phone, Chromecast or Raspberry Pi. However, browser extensions for Chrome and Firefox are available.

Hotspot Shield enables super fast streaming of some popular geo-restricted services, like Netflix and Hulu, as well as supporting unlimited torrenting on all of its servers.

Hotspot Shield has a large help section on its website with articles about various VPN and internet-related topics that can also be reached via clients. You can reach customer support agents by filing a ticket or through the live chat if you’re a premium user. However, the live chat option is not always available (Hotspot Shield hides the button when no agents are available).

Hotspot Shield doesn’t feature the usual list of connection protocols utilized by most VPN providers, like OpenVPN or IKEv2. Instead, it deploys its own technology, Catapult Hydra, which uses AES-128 encryption, 2048-bit RSA certificates, Transport Layer Security 1.2 (TLS), as well as the Elliptic Curve Diffie-Hellman (EDCHE) for exchanging keys, creating new keys with each session.

Your sensitive data is protected in case of a sudden VPN connection breakdown, thanks to a kill switch. It immediately blocks all internet traffic in such an event. The kill switch isn’t available on Hotspot Shield’s mobile apps.

Hotspot Shield’s no logs policy states that the VPN service doesn’t collect any data, including IP addresses and online activities, that can be traced back to you. However, the company and its service providers monitor and store some data before connecting to the VPN, such as your mobile ID, device model, operating system and network information. Your real IP address may be used for analytics and marketing reasons.

That said, Hotspot Shield has been the subject of some controversy regarding the truthfulness of its no logging claims. Specifically, in 2017 Android Authority cited the Center for Democracy & Technology from Washington D.C. as finding that Hotspot Shield had been tracking its users’ behavior and sharing their browsing activity with targeted advertisers.

On top of that, in 2018, a security researcher found a vulnerability that leaked portions of user information, including their Wi-Fi network name and current country of location. Hotspot Shield admitted to the existence of the flaw and said it resolved the issue.

Another fact to bear in mind privacy-wise is the provider’s country of registration. Being in the U.S. carries potential privacy risks considering the federal government’s history of pushing for access to citizen data.

During our testing, speeds remain unchanged regardless of the server location or content we tried to reach.

Hotspot Shield offers a strong platform for torrenting and access to geo-blocked services, but Hotspot Shield is not the ideal VPN provider if your primary concern is privacy and anonymity, due to its past incidents around privacy and security and its U.S.-based location.

On the other hand, Hotspot Shield offers excellent speeds while browsing. Plus, users with minimal requirements can make good use of the free version.