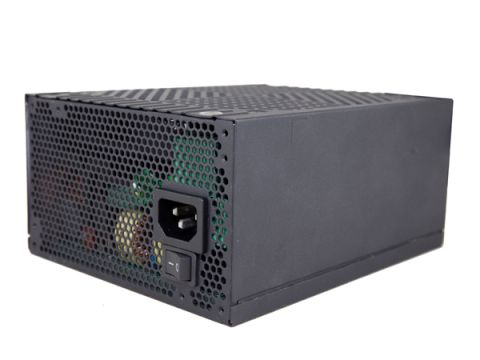 As we expected given the bulk capacitors' low capacity, measured hold-up time didn't meet the ATX specification's requirements. There simply wasn't enough space on the PCB for larger caps, which would have also had a negative impact on efficiency. The trade-off could have cost Rosewill its 80 PLUS Gold rating.

The first set of tests exposes the stability of the voltage rails and the PSU's efficiency. The applied load equals (approximately) 10 to 110 percent of the supply's maximum in increments of 10 percentage points.

We conducted two additional tests. During the first, we stressed the two minor rails (5V and 3.3V) with a high load, while the load at +12V was only 0.10A. This benchmark reveals whether a PSU is Haswell-ready or not. In the second test, we determined the maximum load the +12V rail could handle with minimal load on the minor rails.

Our load regulation measurements show that Rosewill fails to match the competition. This doesn't surprise us, particularly when it comes to the +12V rail, because we haven't tested any ACRF topology-based PSU with great load regulation.

Under a 20 percent load, the PSU easily satisfies the 80 PLUS Gold efficiency requirement (87 percent). With a 50 percent load applied, the margin is a lot closer. But given our warm ambient test environment, we'll give the PSU a pass on this one. However, under a full load, the measured efficiency level was significantly lower than the permissible minimum. Obviously our 48°C operating temperature played a big part in this.

The big Capstone unit proved to be very noisy under tough conditions. During the first two tests, the fan rotated slowly. However, it sped up quickly, and with 70 percent load applied, acoustic output approached 52 dB(A). If you need a quiet PSU, avoid this one.

Prev Page A Look Inside And Component Analysis Next Page Efficiency, Temperature And Noise
10 Comments Comment from the forums
Be In the Know