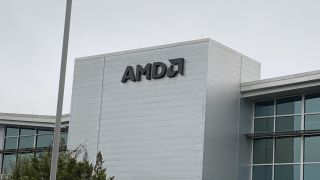 In AMD's statement, Kevin Krewell, principal analyst at TIRIAS Research said that “[t]he 25x20 goal required major changes to architecture, design and software, and did not rely solely on silicon process technology advancements. Achieving and surpassing this challenging goal is a testament to the hard work the AMD team put into its products and it catapulted AMD to a leadership position in mobile processors.”

Additionally, AMD says that the improvements to its system-on-chip and power management features have reduced the average compute time for "a given task" by 80% from 2014 to 2020, a number it got by comparing a weighted metric combining Cinebench R15 and 3DMark 11 performance from a 2014 to a 2020 laptop. It claims that the uptick in compute comes with an 84% decrease in energy use.

In the past few years, AMD has become a leader on the process node, beating Intel to a denser node by opting for TSMC's 7nm. For performance, it has been adding cores to its mobile processors (and desktop, for that matter) and also moving to a chiplet design.