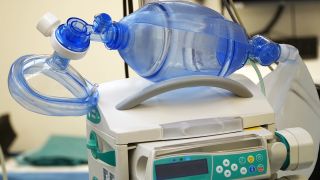 A little slice of Pi could play a big role in the fight against Coronavirus. The Raspberry Pi Foundation is ramping up production of the Raspberry Pi Zero because ventilator manufacturers are using the $5 computer to power their life-saving devices. Demand for all Raspberry Pi Models has surged in recent weeks as people use the inexpensive computers for tasks such as remote learning and doing maker projects at home.

As the need for ventilators grows, manufacturers are looking for control boards to serve as the brains of their devices. Recently, Intel was reportedly asked to produce 20,000 Broadwell processors to meet demand from medical companies. Because of its production abilities, Raspberry Pi Foundation is able to provide those orders quickly.

“One of the main challenges with rapidly scaling manufacture of products like this is that you may be able to surge production of the air-handling elements, but you still need to provide the control element: often the components you need are on 20-week lead times and (hopefully) we'll be out of the other side of this pandemic by then,” said Eben Upton, CEO and Founder of Raspberry Pi. “Raspberry Pi ‘builds to stock’ rather than ‘building to order,’ so we generally have products either on-hand or in the pipeline with short lead times.”

Even though Raspberry Pi builds to stock, the organization has still experienced a shortage of Raspberry Pi Zero Units, due to demand from consumers as well as the foundation’s desire to hold stock for ventilator manufacturers. Upton says that the organization produced 192,000 Zero-line (Pi Zero / Zero W) products in Q1 but plans to increase that number to 250,000 going forward.

If you’re familiar with Raspberry Pi, you know that the Pi Zero is actually the least powerful current device in the organization’s lineup. It features a single-core, 1GHz Broadcom BCM2835 CPU with 512MB of RAM while the $35 Raspberry Pi 4 B has a quad-core CPU and 2GB (or 4GB for $55). So why are medical companies going for the cheapest option? Upton believes that it has to do with the low-scale compute needs for ventilators and the board’s small size.

“I believe the interest in Zero is mostly down to it offering enough compute for the relatively modest requirements of a ventilator (potentially control air-handling components at fairly low frequency, handle a simple user interface),” Upton told us. “Although I know some of the approaches out there (not sure if we're engaged with any of these) aim to scale production of the sort of lightweight ventilator they use in ambulances, so size may also be a factor.”

Upton said that, to his knowledge, this is the first time that Raspberry Pi boards have been used in medical devices. Today, the BBC reported that two hospitals in Colombia are set to test Pi-powered ventilators in the future.

Aside from its nascent place in the medical equipment space, Raspberry Pi sales are booming, with 1.75 million units shipped in the first quarter alone. Upton says this increase in demand is due to consumers using them for home schooling, and organizations using them for telecommuting. For example, in the UK, a shortage of laptops has caused the NHS to provide Raspberry Pi units to its remote workers.

Upton noted that, though there’s a temporary shortage of Pi Zeros, it has not affected stock of larger Pis like the Raspberry Pi 4 B. He also posited that increased manufacturing of Zero units will not affect production of other models.

“Zero is a surface-mount only device, with little component commonality with ‘big’ Raspberry Pis, and a separate production and test flow. We can go flat-out on Zero and ‘big’ at the same time,” he said.

If you’re looking for a Raspberry Pi to use for your projects, perhaps even as a webcam, check out our article on which Raspberry Pi is right for you.