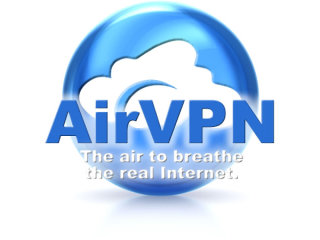 Based on open source software, AirVPN has a strong anti-censorship and pro-net neutrality stance and maintains security and anonymity as a top priority.

When we asked Tom’s Hardware readers to rate some of the top VPN choices, we weren’t expecting to see such a strong and positive response from AirVPN supporters. Although AirVPN did not receive the most ratings (PIA won with over 170 reader ratings), it was the top write in choice with 18 reader responses. The VPN service also had the most positive score with an average overall rating of 4.78 and no ratings below 4 stars, beating PIA at 4.39, TorGuard at 4.57, IPVanish at 4.45 and HMA at 4.07.

Overall, readers were most impressed with AirVPN’s reliability and speed, claiming solid connections and a good privacy and security policy. Several readers commented on the service's ease of use, proactive customer support and regular engagement with AirVPN’s community. Though many seemed to think AirPVN offers a good amount of servers and locations, one reader pointed out that most of the currently available servers are based in North America and Europe, with few or no options in Asia, Latin America and Australia. Also, a couple of responders commented on the lack of a DNS leak tool and poor documentation on how to fix DNS leaks.