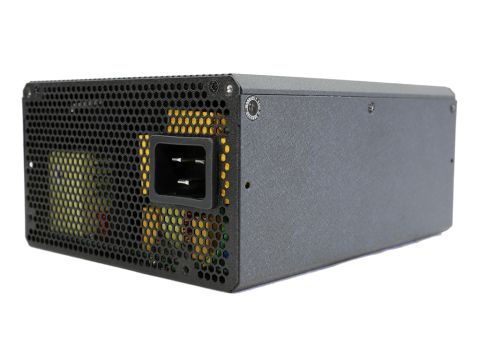 The following graph shows the Tokamak 1500's total performance rating, comparing it to other units we have reviewed. To be more specific, the tested unit is shown as 100 percent, and every other unit's performance is shown relative to it.

The overall performance score would be notably higher if ripple suppression at +12V was better. After all, this platform is highly efficient and offers tight load regulation.

Efficient, high-capacity power supplies usually score terribly when it comes to value. However, the Tokamak 1500 shows up in the middle of the pack, pretty much tied with Corsair's old (yet highly competitive) AX1500i.

Aside from its weak ripple suppression, this platform's other major downside is an overabundance of noise when it's pushed hard. Rosewill should have Enhance use a more relaxed fan profile.

The following graph shows the PSU's average efficiency throughout its operating range, with an ambient temperature between 28°C and 30°C.

The Tokamak beats Corsair's AX1500i in an efficiency comparison. However, it's behind Super Flower's 1.6kW Titanium platform, used by the EVGA SuperNova T2 1600.

Prev Page Ripple Measurements Next Page Pros, Cons, And Final Verdict
14 Comments Comment from the forums
Be In the Know