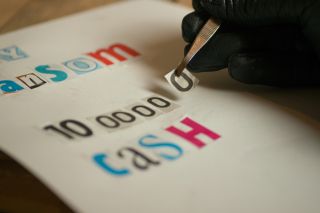 Update 3/26/20 5:30am PT: The hacker has now posted a second Github repository with "proof" of the hack, again soliciting bidders for AMD's proprietary IP. We contacted the hacker, who confirmed the system was hacked remotely. However, the individual refused to provide further details.

AMD posted a press release to its website today announcing that it had found stolen graphics IP posted online, followed quickly by news from Torrentfreak that the information pertains to source code for Big Navi and Arden GPUs. Torrentfreak claims to have contacted the hacker responsible, who claims the information is worth $100 million and is seeking bidders.

AMD has filed 'at least two DCMA notices' against Github repos that contained the stolen source code for the company's Navi 10, Navi 21, and Arden GPUs. The latter is arguably the most interesting as it powers Microsoft's forthcoming Xbox Series X consoles, while Navi 21 is thought to be the design for the RDNA 2 'Big Navi' GPUs.

Github has since removed the repositories, but there are other sources, including via a post on 4chan, hosting the leaked information. Torrentfreak purportedly contacted the hacker and she projects the information is worth $100 million. If she doesn't get a buyer, she says she will just "leak everything." The hacker claims she found the unencrypted information in a computer/server hacked via exploits.

AMD says that all while of the information hasn't been posted yet, the leaked information is not core to its competitiveness and the company is taking legal actions to remedy the situation, including working with law enforcement officials. We've reached out to AMD for further comment and will update as necessary. In the meantime, here's AMD's press release:

"At AMD, data security and the protection of our intellectual property are a priority. In December 2019, we were contacted by someone who claimed to have test files related to a subset of our current and future graphics products, some of which were recently posted online, but have since been taken down.

While we are aware the perpetrator has additional files that have not been made public, we believe the stolen graphics IP is not core to the competitiveness or security of our graphics products. We are not aware of the perpetrator possessing any other AMD IP.

We are working closely with law enforcement officials and other experts as a part of an ongoing criminal investigation."

37 Comments Comment from the forums
Be In the Know