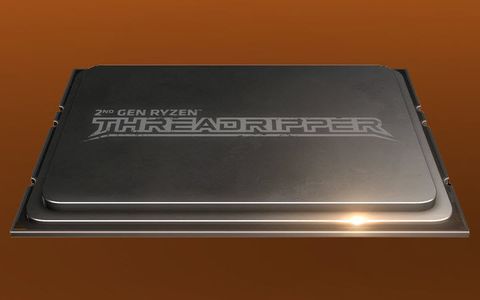 Even though this suite has a few parallelized workloads, the final score is heavily influenced by the lightly-threaded tasks common in most desktop applications.

AMD's Threadripper 2950X offers a well-balanced feature set. But the 2990WX’s strength in the heavily threaded InDesign and Photoshop Heavy tests allowed it to capture an overall lead. The tuned 1920X regularly popped up ahead of the 2950X, and we verified the outcome through extensive retesting.

AMD's second-gen Threadripper line-up goes a long way to improve the performance of lightly threaded workloads. But the value of its dynamic overclocking feature can't be understated. As we saw in the MotionMark benchmarks, which emphasize graphics (rather than JavaScript) and are also sensitive to CPU clock rates, PBO offered a big performance boost with minimal effort on our part (aside from the investment in a capable cooler).

AMD's Ryzen Threadripper 2990WX suffered due to its low clock rates, and PBO did little to help. Unfortunately, manual tuning of the 2990WX really isn't viable given its hefty core count and resulting power consumption. Meanwhile, the Threadripper 2950X chipped away at Intel's application loading prowess, though we don't expect high-end desktop CPUs to usurp mainstream alternatives like the Ryzen 7 2700X and Core i7-8700K in this test.

Our video conferencing suite measures performance in single- and multi-user applications that utilize the Windows Media Foundation for playback and encoding. It also performs facial detection to model real-world usage. Threadripper 2950X's processing time showed little benefit from one setup to the next, though.

Prev Page Shadow Of War & Project CARS 2 Next Page Rendering, Encoding & Compression
31 Comments Comment from the forums
Be In the Know