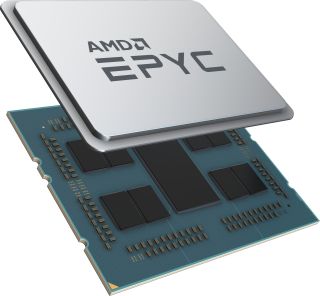 AMD's Product Master guide, which the chipmaker has since removed, has been a source of multiple nuggets. The rumor mill continues to spin as eagle-eyed leaker @KOMACHI_ENSAKA has spotted a few interesting unannounced EPYC, codenamed Rome, enterprise chips.

Like the EPYC 7H12, the EPYC 7742 and 7702 have the exact number of cores and L3 cache. However, the two aforementioned chips run at lower clock speeds so they aren't exactly in the same 280W category as the EPYC 7H12. The latest sightings suggest that the EPYC 7H12 could have new company.

*Specifications for the EPYC 7R32 and 7R22 are unconfirmed.

We don't expect every listed processor in AMD's document to make it to the market. But if the two mysterious EPYC do, AMD could market them as the EPYC 7R32 and 7R22. Apparently, both SKUs are rated with a 280W TDP (thermal design power).