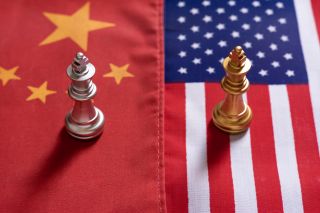 According to Nikkei Asian Review, Arm China has developed codes that will allow local Chinese semiconductor companies to use “state-approved” cryptographic algorithms in devices meant not just for the local market but also for the global market. Arm China is Arm’s Chinese subsidiary to which Softbank had recently relinquished control last year.

The recent move has alarmed the U.S. government after long-accusing Chinese companies such as Huawei of implementing backdoors in their devices and network equipment.

Meanwhile, China is looking to become more independent of U.S. or U.S.-influenced technology (Arm having some primary design headquarters in both the UK and the U.S.) for both national security and trade reasons. Huawei, for instance, almost remained without an Arm license this year, as the U.S. restricted its companies from licensing technology to the Chinese firm and encouraged allied countries to do the same.

Arm China formed when Softbank sold a 51% stake in its local headquarters for $775 million to the sovereign wealth fund China Investment Corporation as well as the state-owned Silk Road Fund.

Arm China began by licensing and selling the UK parent’s technology, but it has recently begun developing its own technology, too. This new technology should avoid any ban the U.S. government might put on the parent company in the future. In September, Arm had already said that it would continue to supply Huawei and other Chinese companies with technology that didn’t originate from its American headquarters.

William Liu, Arm China's vice president of product development, said that as many as 30 Chinese clients now use designs developed by Arm China and that some of their products are planned for global rollout:

"The company will develop at least another three different chip design blueprints next year and every year.  We are happy to help our customers' products to later go global.”

China is becoming more self-reliant, either through continuing the forced tech transfers or by heavily subsidizing and investing in its own local technology suppliers. However, some analysts believe that it could take China at least another three to five years before its technological achievements are more concrete.