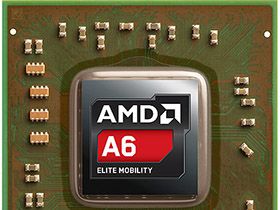 A little over a year ago, we sat in an auditorium in AMD's Sunnyvale, CA office to hear Rory Read and his executive team explain how the company planned to stay competitive, despite what we saw as lagging positions in the client and server computing segments. At no point did he mention taking back the high-end x86 CPU crown from Intel. Rather, the rallying cry revolved around APUs: deliver a compelling user experience across device categories using what was lauded as disruptive APU technology, and propel these devices into ultra-low-power markets.

The three keys to executing this vision were listed as the reuse of SoC IP, an improved design methodology, and better time-to-market. Based on the roadmap AMD showed off at that event, it hasn't quite found its stride yet. Most notably, Sea Islands didn't become the new architecture with HSA-oriented features we were expecting, so it looks like we'll be testing with GCN-based boards for the rest of 2013.

But AMD is delivering on the Temash and Kabini designs it outlined at that analyst day, the former a low-power APU powering notebooks and the latter an ultra-low-power APU diminutive enough to drive tablets. Both feature AMD's Jaguar x86 core design and the already-familiar Graphics Core Next GPU architecture.

These aren't the only Jaguar-based SoCs being talked about lately. The PlayStation 4 and Xbox One center on eight-core Jaguar-based APUs, too. Reuse IP? Leverage the company's GPU architecture in new markets? Deliver a compelling experience across device categories? Check, check, and check. Although Rory's team looks a little different today than it did in 2012, the company appears to be satisfying some of the important goals it set forth.

The fact that Microsoft and Sony are leaning on AMD's Jaguar design is pretty telling. But of course, we don't have have access to the next-generation PlayStation or Xbox. We do, however, have a prototype notebook powered by Kabini in our possession. We can also talk about the details surrounding AMD's Temash SoC.

To give you an idea of the range we're talking about, the highest-power Kabini APU is a 25 W part, while the lowest-power Temash-based chip uses up to 3.9 W.

These processors are destined for tablets, convertibles, and ultra-thin notebooks. AMD intends to fill the gap between low-power ARM-based tablets and high-performance laptops with silicon that seems to slot in between the Silvermont-based Atom architecture Intel just announced and mid-range mobile CPUs based on the same company's Ivy Bridge design.

If you ever wanted a decent Windows-based tablet, and hoped to pay less than the $1,000 Microsoft charges for a Surface Pro, Temash could be promising. How about a desire for a low-cost ultra-thin notebook with great battery life and graphics performance that shames Intel's Atom? If AMD's claims are to be believed, Kabini is the answer there.

Let's have a look inside both APUs to see if the specs tell us a compelling story.

Next Page Jaguar: A Low-Power x86 Core
Topics
AMD
CPUs
Graphics
Laptops
Notebooks
188 Comments Comment from the forums
Be In the Know