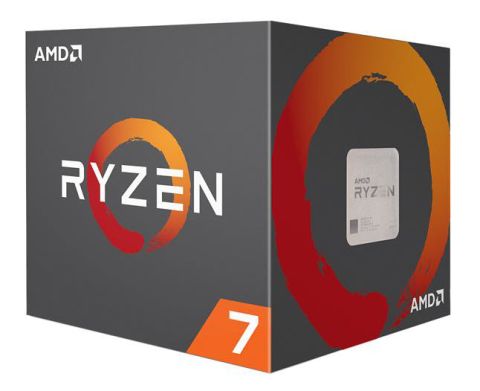 Even though it sports considerably lower base and boost frequencies (and doesn't benefit from XFR), the Ryzen 7 1700 stays within striking distance of its faster 1700X and 1800X counterparts.

As with most productivity-focused workloads, AMD's Ryzen 7 processors battle fiercely for a position near the top of these charts. They're especially attractive in light of their low price points. Intel's less expensive Core i7-7700K leads though, so it takes a Ryzen 7 1700 to make a value case.

We see more of a delta between the 65W 1700 and 95W X SKUs during the DirectX and OpenGL tests. Many of these metrics respond best to single-threaded performance at high clock rates, so Kaby Lake enjoys a natural advantage.

Parallelized workloads are in Ryzen's wheelhouse, so all three models turn in strong results in our SolidWorks 2015 and 3ds Max 2015 composite/computing benchmarks. In many cases, they're faster than Intel's pricier Core i7-6900K in its stock configuration.

The 95W Ryzen processors compete aggressively against the Core i7-6900K in our CPU rendering test suite, while the 65W 1700 trails its faster counterparts and battles the stock Core i7-7700K during many of the Blender tests. AMD's 1700 does beat the Core i7-6900K in 3ds Max, but falls behind during the LuxRender benchmark.

The 1700 is particularly competitive in HandBrake. It beats the -6900K during high-quality encoding tasks, and puts up a fight in our test using default settings. At $330, it's impossible to dismiss the 1700's value proposition compared to Intel's $1100 price point. Likely due to its lower frequency, the 1700 loses steam when we decompress an archive using 7-Zip (it even trails the old FX), but it fares better in the more parallelized compression workloads.

The results of these HPC-oriented benchmarks vary depending on how they utilize each architecture. As a general trend, though, when a test is able to exploit Ryzen 7's eight cores, AMD beats the Core i7-7700K. It's usually able to give Core i7-6900K a run for its money, too. In the cases where Intel's -6900K is significantly faster, we might suspect specific optimizations for efficiency on Intel CPUs. We know, for example, that there are accelerated packages for LAMMPS, one of which includes Intel CPUs and Xeon Phi. SPEC doesn't say if any of these are part of its wpc 2.0 suite, though. AMD's market penetration with the Naples server chips will likely determine how much reaction we see in the HPC software ecosystem.

Prev Page Project CARS, Rise of the Tomb Raider, The Division Next Page Power Consumption & Temperatures
68 Comments Comment from the forums
Be In the Know