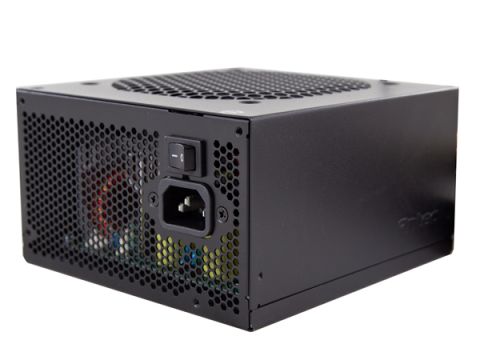 Usually, Delta's implementations come at a stiff price since the company is considered one of the best and most expensive. Fortunately, Antec (currently the only company that works with Delta in the manufacturing of desktop PSUs) manages to make a good deal, leading to the release of its budget-oriented VPF line. To lower the VPF series' price, Antec didn't offer any modular cables and even abandoned cable sleeving. However, no compromises were made inside the PSU, where high-quality Japanese capacitors are used for increased reliability. It is very uncommon to find such good capacitors, including polymer ones, in an inexpensive unit. On top of that, the platform features DC-DC converters for generating the minor rails, allowing it to easily meet Intel's tough requirements for Haswell compatibility.

The VPF650 achieved good performance, but we would have liked to see higher efficiency readings throughout its entire operating range. However, in sections that matter the most for the health of the components that it will power, including ripple suppression and performance in turn-on transients, the PSU fared well—not only compared to the budget competition, but also against much more expensive products.

As far as the not-so-good points of this design are concerned, our most worrying findings were the inrush current readings. Delta should look into this problem and probably use a proper NTC thermistor to suppress large inrush currents that can damage switches, relays and other components. In addition, no metal oxide varistor was used in the EMI/transient filtering stage. This inexpensive component can save not only the PSU, but the whole system in the case of voltage spikes. This is why we always recommend using the VPF650 (as well as any PSU that doesn't feature an MOV or a TVS diode) along with a surge protector, in case you cannot afford an uninterruptible power supply.

In the U.S., you won't find the VPF series under this name. Instead, the PSUs are available under the updated EarthWatts Green line (Antec replaced its old EarthWatts Green line with the new VPF units). This can be confusing for some users, and in our opinion, Antec should have kept the same naming scheme in all regions. In addition, the VPF units sold in Europe cost much less than the EarthWatts Green units in the U.S. The opposite is usually true for most hardware components. In our opinion, Antec should lower the prices of the new EarthWatts Green family in order to make them more appealing to mainstream buyers and facilitate an even higher performance-per-dollar ratio.

To wrap up, the Antec VPF650 PSU—along with its U.S. counterpart, the EA-650—offers solid reliability and good performance levels at a low price. However, there is room for improvement. Delta, the VPF series' OEM, can provide a slight efficiency boost, adding an MOV and proper inrush current protection to the platform, in turn creating an exceptional product.

Prev Page Performance, Performance Per Dollar And Noise Ratings
6 Comments Comment from the forums
Be In the Know