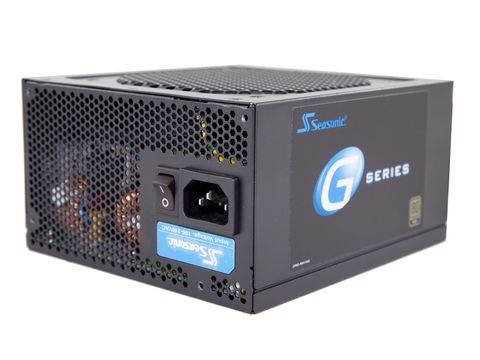 Using the results from the previous page, we plotted a chart showing the Seasonic G-450's efficiency at low loads, and loads from 10 to 110 percent of the PSU's maximum rated capacity.

With normal loads, efficiency wasn't as high as we expected from this platform. Most likely, the increased Rds (on) resistance of the APFC and main switchers are to blame. Under lighter loads, the efficiency ratings were better.

In the following tests, we measure the efficiency of the Seasonic G-450 at loads significantly lower than 10 percent of the device's maximum capacity (the lowest load the 80 PLUS standard measures). The loads we dialed were 20, 40, 60 and 80W. This is important for representing when a PC is idle, with power-saving features turned on.

Under light loads, the PSU is very quiet, On top of that, it achieves high efficiency.

Overall, the 5VSB rail registered good efficiency levels, although it didn't manage to pass the admittedly hard 80 percent mark in any of the tests we conducted.

The first chart below illustrates the cooling fan's speed (RPMs), and the delta between input and output temperature. The results were obtained at 37 to 46 C (98.6 to 114.8 F) ambient temperature.

The next chart shows the cooling fan's speed (RPMs) and output noise. We measured acoustics from one meter away, inside a small, custom-made anechoic chamber with internals completely covered in sound-proofing material (be quiet! Noise Absorber kit). Background noise inside the chamber was below 18 dB(A) during testing, and the results were obtained with the PSU operating at 37 to 46 C ambient temperature.

The following graph illustrates the fan's output noise over the entire operating range of the PSU. The same conditions of the above graph apply to our measurements, though the ambient temperature was between 28 and 30 C (82.4 to 86 F).