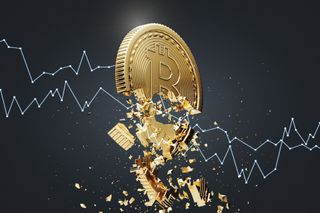 Bitcoin has been on a steady decrease since mid-February, but last night it tanked to a 12-month low at just $3867.09 per Bitcoin. In the middle of February (a mere month ago) one Bitcoin was still worth north of $10,000.

Following in its footsteps, Ethereum also hit a low, with the 24-hour low figure hitting $101.44, down significantly from its mid-February high of $284.

Despite being supposedly unconnected to the Coronavirus, Crypto markets are seemingly following the trend of other markets in their decline.