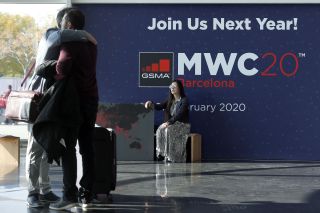 As COVID-19, the disease caused by the novel Coronavirus, spreads internationally, it has caused tech companies and event organizers to reconsider whether it’s safe to hold large conferences and tradeshows.

The Center for Disease Control (CDC) recommends that you avoid being close to people who are sick, wash your hands frequently, stay home when you are ill and disinfect surfaces you touch. However, when you put a lot of people in the same place, transmission can happen.

Much of the world still hasn’t seen cases or outbreaks, but some conferences have already been canceled out of an abundance of caution. Mobile World Congress in Barcelona was canceled after a number of vendors, including Ericsson, ZTE, LG, MediaTek, Facebook, Nvidia and more either pulled out of the show, scaled back operations or chose not to send employees. Facebook has also canceled its F8 developer conference.

Now others are deciding whether or not to hold their events. Companies like Sony, Microsoft, Epic and Unity have pulled out of the Game Developers Conference (GDC) in San Francisco, but that show is still scheduled to go on from March 16 through March 20.

Here’s a list of upcoming tech events and what we know about them.

Moved to Online Only

Where can I learn more about the coronavirus?

Our friends at LiveScience are constantly updating with the latest news and updates on the coronavirus.

Additionally, the World Health Organization and Centers for Disease Control have information and resources about COVID-19.