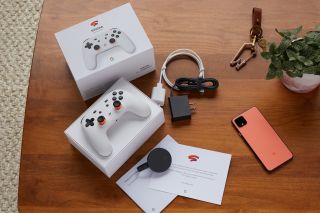 Google Stadia will lag behind PC, Xbox One and PlayStation 4 when Cyberpunk 2077 releases this September, according to an announcement from developer CD Projekt Red.

“Cyberpunk 2077 will be released on 17 September 2020 for the PC, Xbox One and PlayStation 4,” a press release that has since been removed from CD Projekt's website read. “By the end of the year the game will also make its debut on Google Stadia.”

Cyberpunk 2077 was announced for Stadia well before Google's cloud-based game streaming service launched., but this is our first time hearing of a discrepancy in release dates between versions. That’s likely to disappoint a few Stadia early adopters who were hoping to stay current with their friends and online discussion at launch.

It’s also bad news for Stadia’s library, which currently only houses 45 games and only one exclusive. While Google's streaming solution has shown signs of life recently thanks to a free two month trial program that began in early April, not having a set Cyberpunk 2077 release date could diminish that good will.

Our Google Stadia review in November concluded that while the technology was promising, it wasn’t ready for prime time, chiefly due to a limited library. Its not uncommon for PC versions of games to lag behind console counterparts, but that usually comes with a promise of better graphics and increased customizability. Stadia, which already offers fewer options than local PC play, being late with one of the year's most anticipated games doesn't give us much hope for its problems to ease up soon.