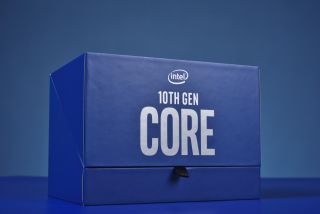 Just last week Intel finally announced its line of Comet Lake-S desktop CPUs, and it looks like the chips are already being shown off by Asian publications, as spotted by VideoCardz. The images we're showing you today come from XFastest, which unboxed samples of the Intel Core i9-10900K and i5-10600K.

Images showing retail packaging for the i9-10900K don't appear to be quite as fancy as that of the last-gen Core i9-9900K.

The cherry on top, the folks from XFastest also included pictures of the Intel Core i9-10900K and the Core i5-10600K CPUs themselves.

Meanwhile, the new Z490 motherboards for Comet Lake-S processors are starting to pop up for pre-order on various sites.