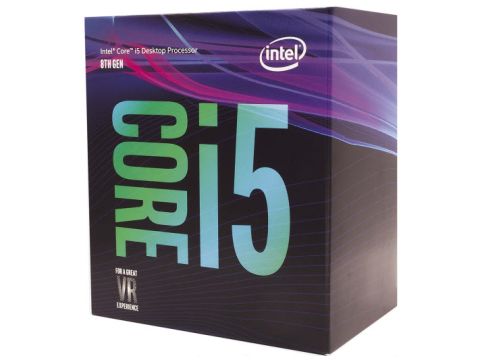 MSI motherboards, like many others, feature a default Enhanced Turbo feature that allows the processor to run at its maximum Turbo Boost bin on all cores, at all times. For all practical purposes, this is the same as overclocking. The feature only applies to K-series processors, though, so it isn't a factor in our Core i5-8400 testing.

We paired our sample with a Z370-based motherboard, which does support faster memory. Sticking with Intel's official specification, we used DDR4-2666 modules to represent the data rates you'll have access to once B- and H-series motherboards surface.

As far as we can tell on our MSI motherboard, Intel isn't allowing BCLK adjustments. That means the Core i5-8400 locks us down to stock settings.

Only our CPU, memory, motherboard, and cooling subsystem are different. The table below summarizes the hardware we used to generate our data.

Prev Page Meet Intel's Core i5-8400 Next Page VRMark, 3DMark & AotS: Escalation
29 Comments Comment from the forums
Be In the Know