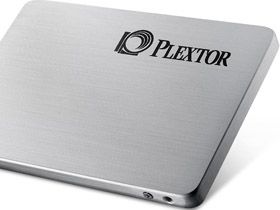 Just as we finished our Plextor M5S 256 GB Review, the company's 256 GB M5 Pro (PX-256M5P) showed up at our door. We couldn't get the highly-anticipated drive out of its box and onto our test bench fast enough, particularly since we had just seen the M5S do so well, and despite its position as Plextor's value-oriented model. Needless to say, we started testing with high expectations.

The M5 Pro is a more performance-oriented product, and the hardware inside its chassis indicates that we should expect the M5 Pro to surpass our expectations of previous Plextor drives. For instance, the M5S we reviewed previously uses 25 nm synchronous NAND from Micron and Marvell's 88SS9174-BLD2 controller, while the M5 Pro employs 19 nm Toggle-mode DDR from Toshiba and a more modern Marvell 88SS9187-BLD2 processor.

To see Toshiba's 19 nm MLC flash in a retail product this early is remarkable. Mass production only started in July at the Yokkaichi plant in Japan. Of course, the question is whether an even smaller node negatively impacts the write endurance of Plextor's latest and greatest, and we'll get into that in more detail.

The M5 Pro also comes with Plextor's customized firmware, which, as we saw in our M5S coverage, is both tweaked and tuned to augment performance in metrics that matter.

Beyond its performance advantage over the M5S, the M5 Pro also adds full drive encryption via AES-256 and the latest 128-bit error correction codes. A five-year warranty and accessory package round out the kit, reassuring customers of Plextor's confidence in its handiwork, similar to what we've seen from companies like Intel.

Plextor makes the following claim about its M5 Pro:

"The M5 Pro has a unique double-data protection system to protect the integrity and confidentiality of your data. To confirm that each piece of data is correctly stored with one hundred percent accuracy, the newest 128-bit error correction code is used; this is backed by a unique Robust Data Hold-out Algorithm in Plextor’s exclusive firmware. This algorithm ensures that even in the very long-term, data can be read with extremely high accuracy. For data confidentiality the M5 Pro supports full drive encryption with an Advanced Encryption Standard (AES) 256-bit algorithm using its US Government AES-validated Marvell controller. Using the latest 128-bit error correction system built into the latest Marvell controller  the M5 Pro is able to automatically check and correct the accuracy of data being read from the flash memory.

The drive was extensively tested during development using the world’s most advanced SSD testing facilities to guarantee a high level of stability. The final design was able to pass Plextor’s strict enterprise-grade Zero Error standard of 400 units surviving 500 hours of the toughest continuous testing without a single error or failure. Before leaving the factory, every individual M5 Pro SSD is required to pass a rigorous high temperature burn-in test and accelerated operating simulation."

Clearly, the company is aiming for reliability as a primary selling point. Plextor also claims a MTBF forecast of 2.4 million hours.

Plextor is selling the M5 Pro in three different capacities: 128, 256, and 512 GB. For reference, the performance figures in brackets, below, are for Plextor's M3P series.

There is a "Ninja" limited edition, souped-up version of the M5 Pro that comes in a red casing with engraved shuriken graphics, but we are sad to say it won’t be sold in the U.S. It's as rare as hen's teeth in any other market, so we can only provide you with a mouth-watering image of what it looks like.