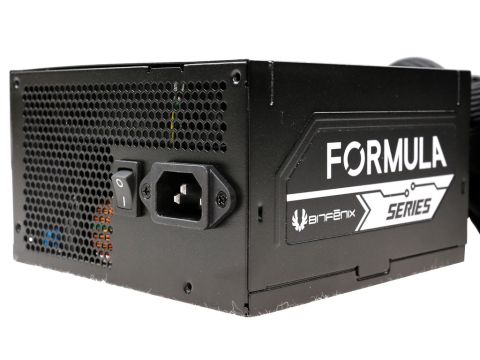 Using results from the previous page, we plotted a chart showing the BF650G's efficiency at low loads, and loads from 10 to 110 percent of its maximum-rated capacity.

The PSU's efficiency is very high under both normal and light loads. Its lack of modular connectors provides an edge over competing offerings with modular cables.

In the following tests, we measure the BF650G's efficiency at loads significantly lower than 10 percent of its maximum capacity (the lowest load the 80 PLUS standard measures). The loads we dialed were 20, 40, 60, and 80W. This is important for representing when a PC is idle, with power-saving features turned on.

The BF650G's efficiency is very high under light loads. Even with 20W, it comes close to 72%-efficient. In the other three tests, it easily passes the 80% mark.

The 5VSB rail is efficient, as is usually the case in CWT's implementations.

According to our measurements, phantom power is very low.

BitFenix's fan profile is very relaxed, as you can see in the graph above. Up through around 390W of load, the PSU generates less than 10 dB(A), and it has to load the +12V rail with more than 530W to make the fan spin at its highest speeds.