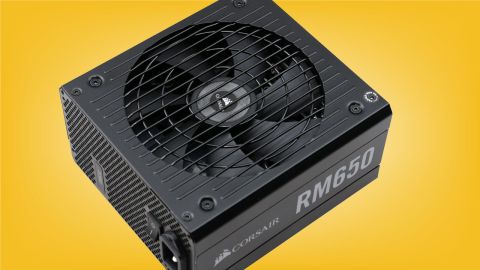 The following charts show the main rails' voltage values recorded between a range of 40W up to the PSU's maximum specified load, along with the deviation (in percent). Tight regulation is an important consideration every time we review a power supply because it facilitates constant voltage levels despite varying loads. Tight load regulation also, among other factors, improves the system’s stability, especially under overclocked conditions and, at the same time, it applies less stress to the DC-DC converters that many system components utilize.

The load regulation is tight, on all rails.

Put simply; hold-up time is the amount of time that the system can continue to run without shutting down or rebooting during a power interruption.

The hold-up time is longer than 17ms, which is what the ATX spec requires, and the power ok signal is accurate.

The unit's passive operation lasts up to the third test, with close to 41°C ambient. We have to increase the load at 110% and crank up the heat inside the hot box, at higher than 46°C, to force the fan to operate at its full speed.

In the following tests, we measure the RM650's efficiency at loads significantly lower than 10% of its maximum capacity (the lowest load the 80 PLUS standard measures). This is important for representing when a PC is idle with power-saving features turned on.

The efficiency levels under light loads are extremely high.

Next, we plotted a chart showing the RM650’s efficiency at low loads, and loads from 10 to 110% of its maximum-rated capacity. The higher a PSU’s efficiency, the less energy goes wasted, leading to a reduced carbon footprint, besides lower electricity bills.

The RM650 is efficient under both light and normal loads.

The 5VSB rail is strong and efficient enough to meet the competition.

The fan profile is relaxed and the semi-passive operation offers minimized noise output at loads up to around 200W, even at high ambient temperatures. As you will see in the graph below, the fan's passive operation won't last long only if you apply high loads on the minor rails.

We are used to seeing ultra short semi-passive operation periods at CWT platforms, under high loads on the minor rails. Apparently the DC-DC converters that generate the 5V and 3.3V rails heavily rely on airflow, because they lack the necessary heat sinks.