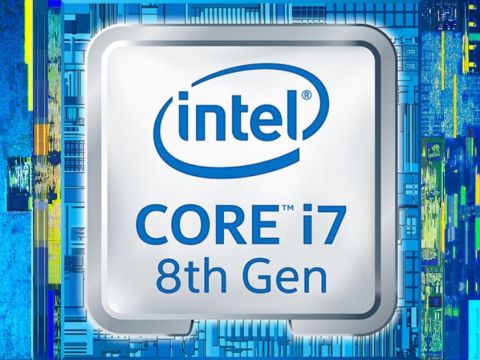 We generated some odd performance results with Intel's Core i7-8700. Despite more conservative specifications and a lower price, it outperformed the flagship Core i7-8700K in some of our gaming benchmarks. We verified our numbers on motherboards from different vendors, and those vendors confirmed that they're seeing what we see.

Initially, our attention turned to Turbo Boost, based on observations from Core i9-7980XE and its unpredictable behavior. But after careful analysis with multiple utilities, we believe the Turbo Boost algorithms are working correctly for both processors.

After recording higher package and core power consumption on the 65W Core i7-8700 compared to Intel's 95W -8700K in certain situations, we also reached out to Intel for comment. Once we have some answers, you can be sure we'll post our findings.

Synthetics that favor more cores, such as the DX12 Time Spy and DX11 Fire Strike benchmarks, highlight the possibly explosive performance gains we could see from Intel's six-core Coffee Lake models in heavily-threaded games. The -8700K handily dispatches its predecessor. It even beats the high-end Core i7-7800X on an expensive X299 motherboard.

The eight-core Ryzen 7 1800X proves to be a formidable match. Still, we record a smaller delta between the tuned Coffee Lake and Ryzen processors than expected, given AMD's two-core advantage. It looks like Intel's higher clock rates and superior per-clock performance help in this case.

The impressive Ryzen 5 1600X easily beats Intel's Core i5-7600K, which languishes at the bottom of the chart due to its now-stingy quad-core design. The new Coffee Lake-based i5s, wielding 50% more cores, should make that price point more interesting.

Ashes of the Singularity is a heavily-threaded title that favors the Core i7-8700K's extra cores compared to Core i7-7700K.

Intel's latest outstrips the competition at both stock and overclocked settings, beating Core i7-7700K by a considerable margin in both configurations. Unfortunately, performance in most games doesn't scale linearly, so the -8700K's 50%-higher core count only adds up to a 14% lead out of the box. Nevertheless, that jump is enough for Core i7-8700K to snatch the lead away from Ryzen 7 1800X.

Prev Page How We Test Next Page Civilization VI, Battlefield 1 & Dawn of War III
160 Comments Comment from the forums
Be In the Know