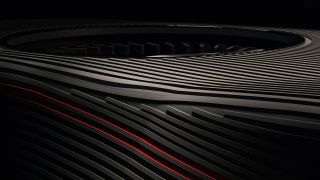 Rumors have been ablaze about AMD's supposed Big Navi graphics card, with the biggest relief being that AMD's CEO, Lisa Su, confirmed that it would be landing this year back in January. Now, almost 6 months have passed, and we're starting to get an indication for a launch window.

A report from PCGamer caught the moment that AMD's CFO, Devinder Kumar, stated in a BofA Security Webcast that "There's a lot of excitement for Navi 2, or what our fans have dubbed as the Big Navi. This will be our first RDNA 2 based product," suggesting that the big AMD graphics card will be launched prior to the next-gen consoles landing.

Given that the Xbox Series X and PS5 consoles are expected to hit before the holiday season, this places the launch window for Big Navi roughly in September or October, if not sooner. Originally, the Big Navi reveal was expected to take place alongside Computex, but as that show has been postponed to September and shrunk, this new time frame does make sense.

"The RDNA 2 architecture goes through the entire stack. It will go from mainstream GPUs all the way up to the enthusiasts and then the architecture also goes into the game console products... as well as our integrated APU products"

Since the launch of AMD's Radeon RX 5700XT at the top of its current-gen GPU stack, AMD fans have been begging the company to make a more powerful graphics card. The RX 5700XT isn't weak by any stretch of the imagination, but it's most suited to 1440p gaming and Nvidia has a number of GPUs that outperform it. This leads 4K gamers who wish to support AMD in a bit of a pickle, as Nvidia's GPUs have been their only choice over the last years.

Of course, do take any of these early reports about Big Navi with a pinch of salt, as nothing is definitive until the actual product announcement. Meanwhile, if you do want to know more about the Big Navi rumors, check out our all-we-know summary.