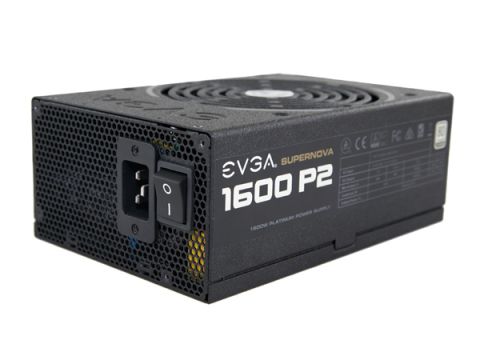 In these tests, we monitor the response of the PSU in two different scenarios. First, a transient load (10A at +12V, 5A at 5V, 5A at 3.3V and 0.5A at 5VSB) is applied to the PSU for 200ms while the PSU is working at 20-percent load. In the second scenario, the PSU is hit by the same transient load while operating at 50-percent load. In both tests, we use our oscilloscope to measure the voltage drops caused by the transient load. The voltages should remain within the ATX specification's regulation limits.

These tests are crucial since they simulate transient loads a PSU is likely to handle (such as booting a RAID array, an instant 100-percent load of CPU/GPUs, etc.). We call these tests "Advanced Transient Response Tests," and they are designed to be very tough to master, especially for a PSU with a capacity below 500W.

At +12V, this unit registers superb performance. In the high-capacity segment, only the 1600 G2 manages to match and even outdo this unit's showing in this rail and test. On the minor rails, the results are only average, though the situation improves at 5VSB. There, performance is  top-notch and the 1600 P2 scores first place in the corresponding chart, with the 1600 G2 close behind.

We measure the response of the PSU in simpler transient load scenarios—during the power-on phase—in the next set of tests.

For the first measurement, we turn the PSU off, dial in the maximum current the 5VSB can output and then switch on the PSU. In the second test, we dial the maximum load +12V can handle and start the PSU while it's in standby mode. In the last test, while the PSU is completely switched off (we cut off power or switch the PSU off by flipping its on/off switch), we dial the maximum load the +12V rail can handle before switching the PSU on from the loader and restoring power. The ATX specification states that recorded spikes on all rails should not exceed 10 percent of their nominal values (+10 percent for 12V is 13.2V and 5.5V for 5V).

There is only a tiny voltage overshoot at 5VSB, which is nothing to worry about, and the results of the other two tests are close to perfection. It is amazing to see a 1.6kW monster instantly delivering its full power without the slightest problem.