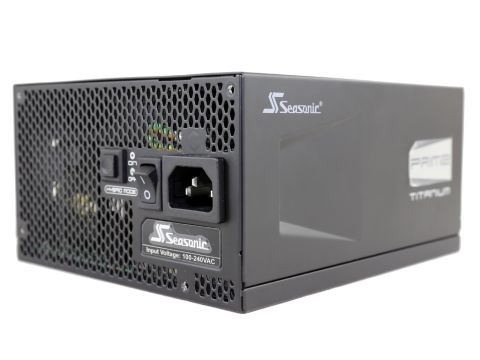 Ιn these tests, we monitor the SSR-850TD's response in two different scenarios. First, a transient load (10A at +12V, 5A at 5V, 5A at 3.3V, and 0.5A at 5VSB) is applied for 200ms while the PSU works at 20 percent load. In the second scenario, Seasonic's 850W Prime is hit by the same transient load while operating at 50 percent load. In both tests, we use our oscilloscope to measure the voltage drops caused by the transient load. The voltages should remain within the ATX specification's regulation limits.

The transient response of the +12V rail is good enough, though we'd like to see closer to 0.5% in both tests. The 5V and 5VSB rails do pretty well. However, the 3.3V rail needs more work in order to keep its deviations below 3%.

We observe a small voltage overshoot at 5VSB, along with some waves and not-so-rough spikes in the next two tests. Overall, Seasonic's performance is good, though not perfect.