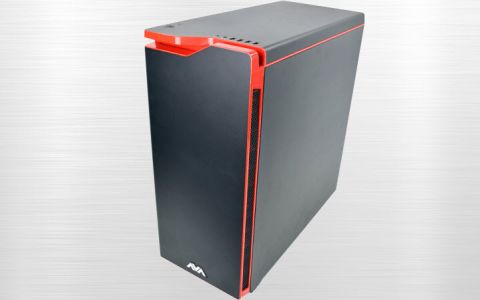 We tested the AVADirect Battle Box Ultimate against our own box with which we will do battle: a new AMD X370 test rig. It's built around a Ryzen 7 1700X cooled by a Deepcool Gammaxx 400 on an Asus Prime X370 Pro motherboard. We outfitted the board with a 16GB (2 x 8GB) kit of Kingston HyperX Fury DDR4-2666 with a CAS latency of 16-18-18-38. We chose to run memory at the recommended frequency (2,666MHz) for the processor. We also loaded our test rig with a HyperX Savage 480GB 2.5” SATA SSD and an EVGA 650W Supernova G3 power supply. In addition, we loaded our own stock-clocked GeForce GTX 1080 Ti graphics card (an EVGA GeForce GTX 1080 Ti Black Edition) and ran it at Nvidia’s stock frequencies.

Although our test rig is almost identical to this particular configuration of the AVADirect Battlebox Ultimate with its CPU, GPU, and memory, there are some differences. The company overclocked our sample’s CPU to an all-core 3.8GHz (the peak lightly threaded frequency at stock) and keeps the temperatures in check with a hefty 240mm liquid cooler. There should be a near match in performance to our test rig’s stock-clocked card (the Battle Box Ultimate sports the GTX 1080 Ti Founders Edition), so the real deciding factor will be the CPU and memory performance.

The AVADirect Battle Box Ultimate starts our test suite by handily besting our X370 test rig with the same Ryzen 1700X processor and an identically clocked GeForce GTX 1080 Ti card. The deciding factor is AVADirect’s overclocked CPU at an all-cores 3.8GHz. (The stock settings of the 1700X in our test rig puts the processor at a 3.4GHz base clock and a 3.8GHz boost frequency.) The advantage is evidenced by the higher Physics scores in the Fire Strike and Time Spy tests.

Although the stock settings of the CPU can boost a few cores to 3.8GHz, the static multiplier overclock settings of the Battle Box ensure all the cores are working at the chip’s max boost frequency at all times. So, you naturally get better performance. The Battle Box also pulls ahead of our reference system in the Graphics portions of the benchmarks, indicating that CPU throughput is significantly tied to GPU performance.

Cinebench R15 puts a bigger spotlight on the Battle Box’s overclocked Ryzen 1700X, which pulls ahead of our stock-clocked reference system by a small margin in the single-threaded Rendering and OpenGL Shading tests. The advantages of the all-core overclock are especially evident in the multi-threaded Rendering results, where it leads the test bench by 120.43 points, showing that the 400MHz boost to the CPU’s stock base clock can really provide a significant edge on multi-threaded workloads.

The 250GB 960 EVO M.2 NVMe SSD inside the Battle Box easy trounces our reference system’s SATA SSD in sequential read and write speeds, but the shortcomings of AMD’s chipset as it pertains to NVMe optimization are on full display in the 4K random read tests, with AVADirect’s sample falling behind our X370 sample (with a SATA SSD) by a little less than 9,000 IOPS. The random write speeds of the Battle Box best the test rig’s higher-capacity SATA SSD, but the platform is definitely hampering the full potential of the primary storage drive, which is rated for up to 3,200MB/s and 1,500MB/s sequential read and write speeds.

The Battle Box’s 16GB (2 x 8GB) kit of Kingston HyperX Fury DDR4-2400 falls behind in total memory bandwidth compared to our test rig’s similar kit of DDR4-2666. Although the lower CAS latency of the memory in our AVADirect tester machine helps close the gap in performance, the higher frequency of our reference system pulls ahead. However, AVADirect can equip the Battle Box with your choice of memory, including kits with higher speeds and lower timings.

The PCMark 10 Extended benchmark gives us a more detailed look at varying workloads in a home-office environment, and the Battle Box again makes short work of our reference system with its overclocked Ryzen 1700X. It scores a few hundred points more than the test rig in the Essentials, Productivity, and Digital Content Creation portions of the benchmark, and the CPU frequency’s correlation with gaming performance is once again cast in the spotlight with an 824-point lead in the Gaming section of the test.

With a GTX 1080 Ti under the hood, it should come as no surprise that the Battle Box nets impressive frame rates (scores) in the VRMark tests, far exceeding the minimum frame-rate target in the Orange Room benchmark. Although it falls short of the target 90 FPS in Blue Room, most top-tier gaming PCs do. (The test is meant to punish the hardware.) But it does manage to score a respectable 3062 points, which translates to 66.7 FPS.