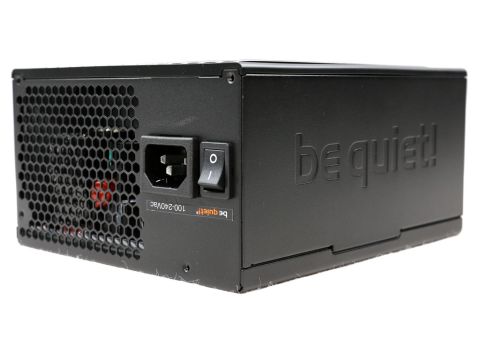 Using results from the previous page, we plotted a chart showing the E11-1000's efficiency at low loads, and loads from 10 to 110 percent of its maximum-rated capacity.

be quiet!'s 1000W offering doesn't stack up well against its competition under light and normal loads.

In the following tests, we measure the E11-1000's efficiency at loads significantly lower than 10 percent of its maximum capacity (the lowest load the 80 PLUS standard measures). The loads we dialed were 20, 40, 60, and 80W. This is important for representing when a PC is idle, with power-saving features turned on.

The 5VSB rail is highly efficient, as we've come to expect from newer high-end FSP platforms.

Vampire power is low under both voltage inputs.

The first chart below illustrates the cooling fan's speed (in RPM), and the delta between input and output temperature. The results were obtained at 36°C (96.8°F) to 46°C (114.8°F) ambient temperature.

The next chart shows the cooling fan's speed (again, in RPM) and output noise. We measured acoustics from one meter away, inside a hemi-anechoic chamber. Background noise inside the chamber was below 6 dB(A) during testing (it's actually much lower, but our sound meter’s microphone hits its floor), and the results were obtained with the PSU operating at 36°C (96.8°F) to 46°C (114.8°F) ambient temperature.

The lack of a semi-passive mode doesn't affect the PSU's output noise much, since its cooling fan has a low start-up voltage. As a result, we measure an equally low minimum speed.

Under demanding loads, be quiet!'s fan profile is a bit more aggressive than it should be, even in normal ambient environments. Beyond 550W, the PSU exceeds 30 dB(A). Above 790W, the cooling fan spins faster still, exceeding 40 dB(A).

Prev Page Load Regulation, Hold-Up Time & Inrush Current Next Page Protection Features
No comments yet Comment from the forums
Be In the Know